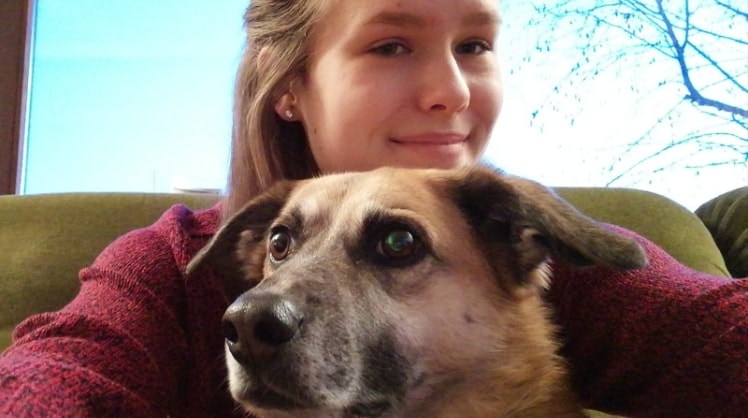 Hey there! :) My name is Daniela, I'm 23 and I'm originally from The Netherlands, but I'm now living and studying in Brussels. I moved to Brussels last year to do my Masters in Multilingual Communication at the KU Leuven, campus Brussels. My specialisation is in the languages English and German. Unfortunately I speak only high school French ;) However, I also speak some Portuguese!

I grew up with two cats at home, which was absolutely amazing. One of them unfortunately died 5 years ago, the other one is now a grandpa of almost 15 years old :-) We also had two rabbits running around the garden. Since I moved to Brussels and live in an apartment, I have not been able to have a pet, which I miss very much! My cat still lives with my parents in The Netherlands.

I lived one year in Germany when I was 19, where I worked as an Au Pair and lived with a German family that had a really cute and energetic dog (his name was Bundi). The family had adopted him when he was 3 years old. I used to walk the dog every day, and often took him with the car to the forest or a dog park where he could play in the mud with lots of other dogs and run after sticks bigger than he could carry back!

So I lived my whole life around cats, and also have experience taking care of dogs (and entertaining them). I also have many friends who have dogs, and I'm very jealous.

So if you have a pet who needs taking care of, whether it's for a walk in the park or for when you're on holiday, please send me a message and I'd be most happy to help you :) I need more animals in my life! :-)